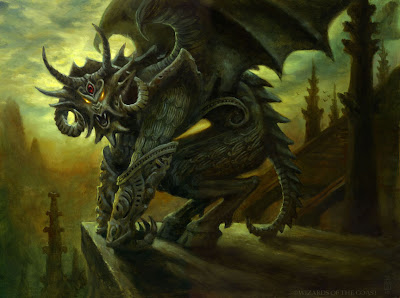 This one's called Manor Gargoyle. It's oils on paper mounted to board, 12" x 16".
When I was gathering the images for this post, I thought to myself, "Why didnt I go with the first sketch?" You can see it below. Here's my thinking as far as I can remember: I wanted the gargoyle to appear as both a living (or merely animated) creature, and a stone sculpture at the same time. The pose is important in communicating this. So I opted for a symmetrical, static pose you see in the finished piece. Only the head deviates from the forward facing position, turning to the viewer. I felt this communicated the balance better than the first sketch, which go could either way, a lifeless sculpture, or a looming demon. But not both. At least that's how I saw it at the time. I'm not sure if I would agree now, but I'm happy with the piece anyway. 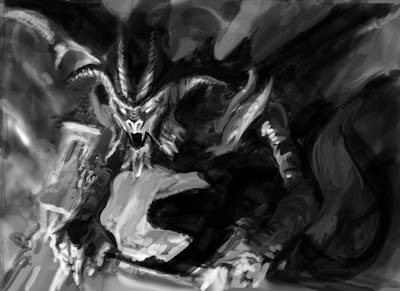 Maybe I just think about that crap too much and I should just make it cool. I don't know.

Another reason I chose what I chose is because there was more sky in it to paint, which gave me a chance to rip off one of my favorite painters, Atkinson Grimshaw (1836-1893). I looked to his work not only because of the great mood and atmosphere of his night scenes, but also his the variety of color he uses. I thought I might be painting a lot of night scenes in this set, and didn't want all of them to end up blue. 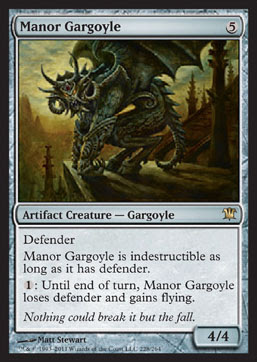 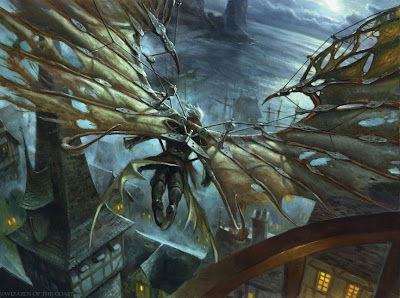 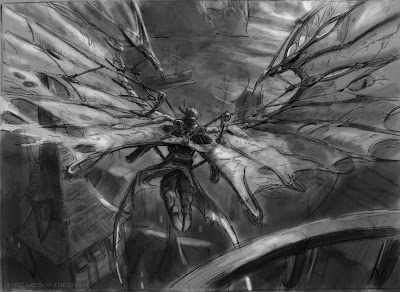 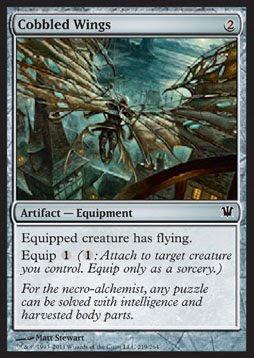 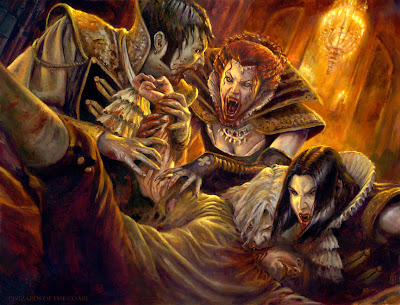 This image was revealed on the WotC website yesterday, so I can show it now. I dont know anything about the card, but the art depicts some of Innistrad's vampires feasting on some poor sap. I enjoyed composing a picture where the many figures are interacting with each other in close confines. I also liked the chance to depict the well heeled vampires in all their animal viciousness. The development of the composition, from thumbnail to comprehensive drawing.
©Wizards of the Coast
Posted by Matt Stewart at 7:00 PM 3 comments: