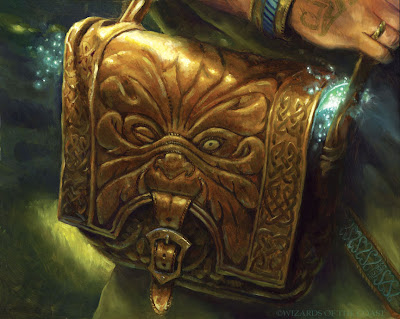 Here's the third card I illustrated for Magic 2012. Basically a satchel bag with a funny green man face in it. I originally had the eyes glowing, as seen in the digital color study below, but that changed to glowing magic leaking out of the bag. It's oils on paper mounted to MDF, 8" x 10". 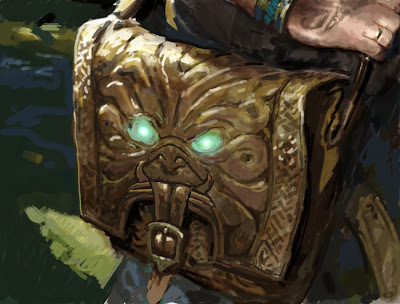 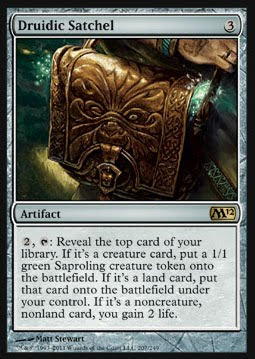 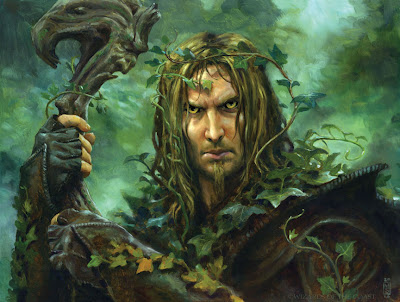 Here's another piece for the upcoming Magic 2012 set. It's called Skinshifter, and depicts a mage with the power to transform himself into animal or plant. This ability is eluded to in the covering of ivy and the forms in his staff. His eyes are that of a bird of prey, as if you are seeing him just as he is beginning to take another form. It's oils on paper, mounted to MDF, 12" x 16".

One of my initial ideas was to make him an old man, kind of a Merlin type. The tone of it wasn't right for the card, so I made him a bit younger. I also removed the ivy mantle to make his head stand out a bit more, particularly when the image is reduced to card size. 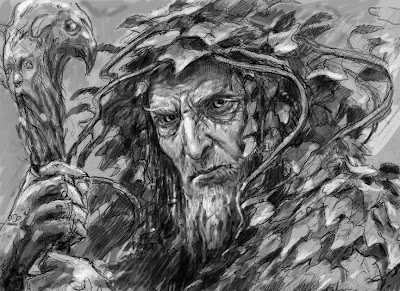 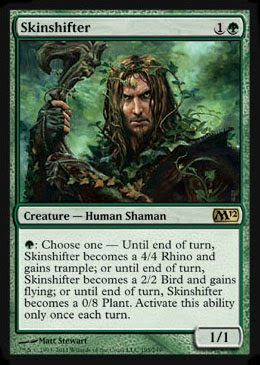