Here's a bit on the process that Ivorytusk Fortress went through from thumbnail to final.  For some pieces I know right away what I'd like to do. For others, which is most of the time, the image must go through many incarnations before I'm happy with it.
Small thumbnail sketches, sometimes pages of them, are done. Promising ones are imported into photoshop for further development. I like to think about value and color as early as possible, and photoshop allows me to do that rather easily.

When I arrive at a rough I like, I usually go back to pencil and paper to really nail the composition down, adding information from reference, and working on the details. With everything worked out, the painting of the final image goes a lot smoother.

In the Forest Under Night

"A wandering Elf, a thrall escaped, whom Beleg met and comforted,' said Gwindor. 'Yet once I was Gwindor son of Guilin, a lord of Nargothrond, until I went to the Nirnaeth Arnoediad, and was enslaved in Angband.'"

In the Forest Under Night is a scene from the tale by J.R.R. Tolkien that appears in both The Silmarillion and in a longer form in The Children of Hurin. Gwindor is a Noldor Elf lord captured in the Nirnaeth Arnoediad, also known as "The Battle of Unnumbered Tears". At this catastrophic defeat, the kingdoms of the Noldor elves were smashed by Morgoth. As one of the Noldor, skilled in mining and smithing, Gwindor was kept alive as a slave. He escaped, however, into the forest Taur-nu-Fuin, which in the elvish language means "great forest under night". He has lost a hand in his escape, and carries with him a Feanorian lamp in the other. It is light of this lamp that Beleg, in pursuit of the captured Turin, sees and finds Gwindor. You can read the story and decide for yourself if Gwindor would have been better off left alone.

I'll have both this painting and the drawing seen below, along with many other pieces on display next week at Illuxcon 7 at the Allentown Art Museum. The show runs from Wednesday, Sept 17 to Sunday, Septemebr 21st. 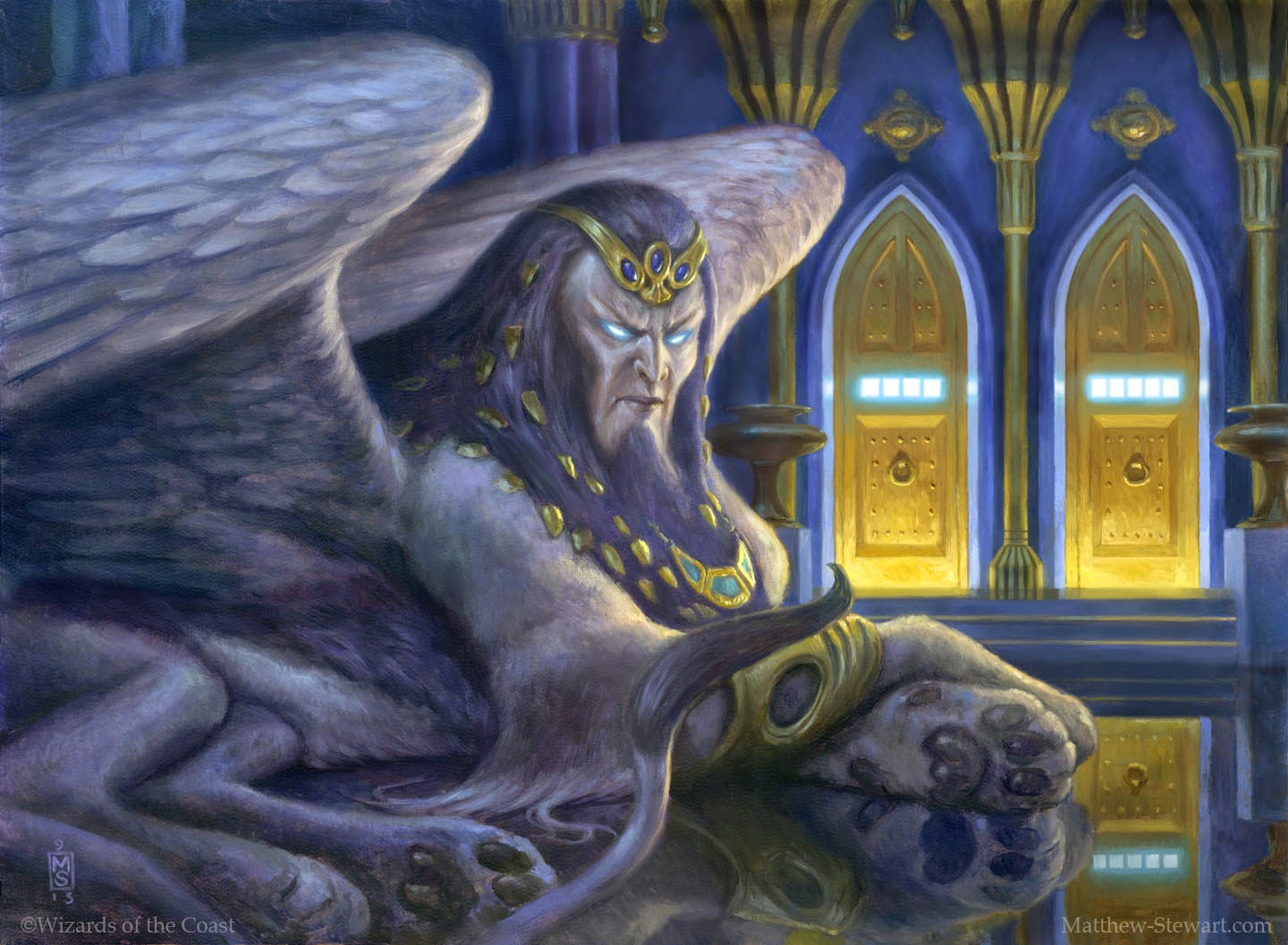 Master of Predicaments was done for the new M15 core set for Magic the Gathering. The art description called for a cruel looking sphinx, who enjoys forcing those unfortunate to come across him to choose their doom behind the doors. Originally I was asked to paint three doors, but changes in the card design while I was painting the illustration made only two doors necessary.  I try to make the changes in oils when I can, but with schedule constraints, along with the fact that the changes were architectural (lots of straight, evenly spaced edges, along with a shiny floor that would also have to be repainted too), doing the changes digitally made a lot more sense. 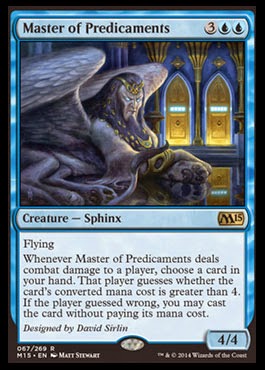 
Here's the second painting of Marchesa, The Black Rose I created for Magic's new Conspiracy set.  I really enjoy painting these vertical full format cards. It's a nice change from the usual horizontal format, and being that the text box is covering the bottom half, it allowed me to indulge myself in painting all the the marble throne details without having to put anything too important in the area. 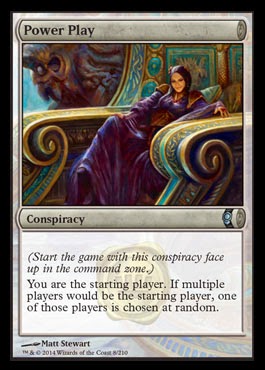 Sage of Hours on Ebay! 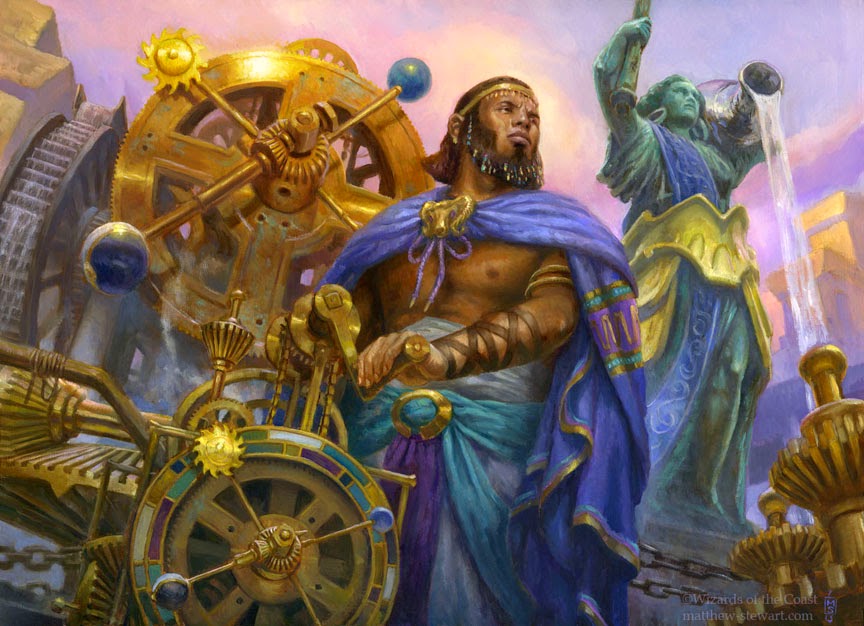 The original oil painting Sage of Hours is up for auction on Ebay. Click here to see the auction. Happy bidding!
Posted by Matt Stewart at 2:52 PM 2 comments:

In Theros, certain inhabitants are living enchantments, creations of the gods. When we see these creatures, where shadows would normally be, we see through to the plane of Nyx, which is the home of the gods.  Unfortunately for me when I painted it early on in the set, I didn't quite understand the effect. As you can see below in the oil painting, I thought all shadows in each illustration would show the effect. Pressed for time, and not especially adept at painting star fields in oils, I chose to continue the painting in Photoshop. 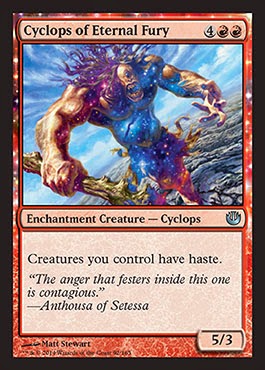 A new one for new "Journey to Nyx" set for Magic: The Gathering. The inspiration for this piece came from the working title in the art description, "Clock Architect".  I was asked to paint a human scholar standing proudly beside an antikythera mechanism, an ancient analog computer used to predict the positions and phases of planets, moons, stars. The man was to be within a "mystical structure of stone tablets and glowing air-writings " It was to have a "mysteries of time" mood. The word "architect", however, immediately implanted in my mind the idea that the mechanism was massive, with huge turning gears and chains, powered by waterwheels. Less mystical, more mechanical. Not sure that my interpretation would fly, I did two sketches. One with a more accurately sized antikythera mechanism and a more wizard like human and another other with my giant machine idea. I was pleased they went with the latter. 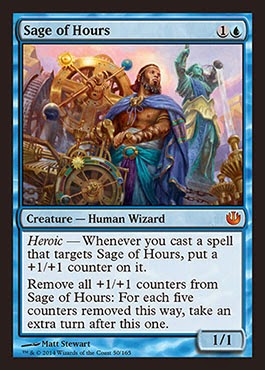 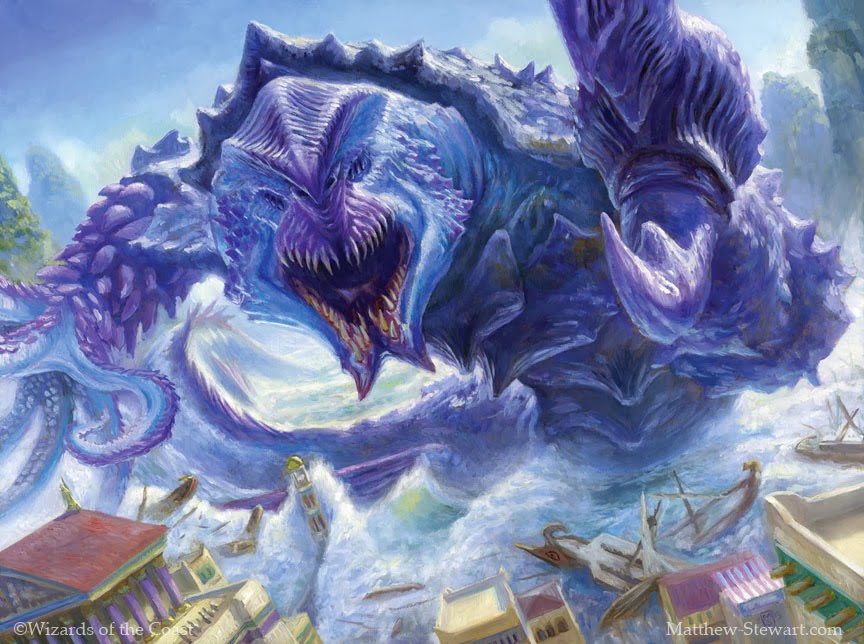 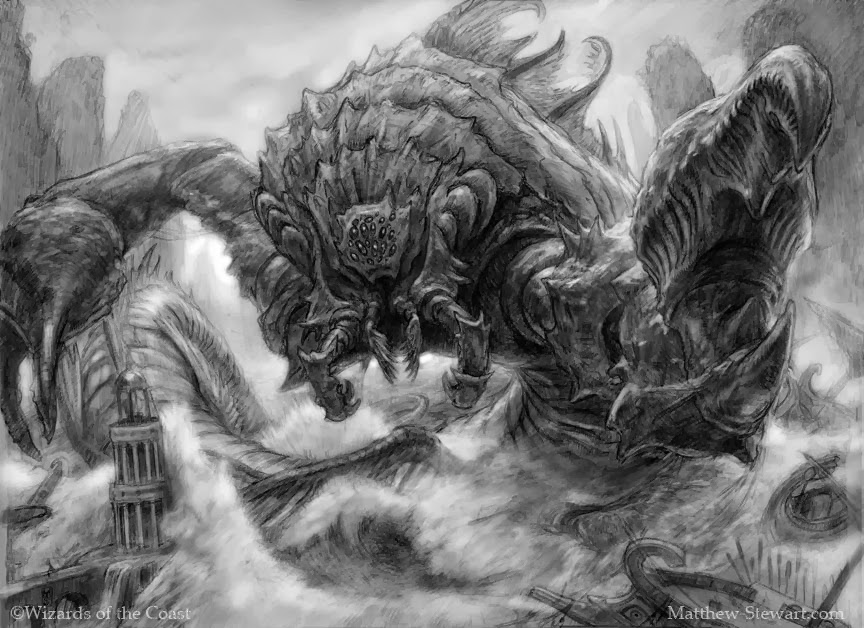 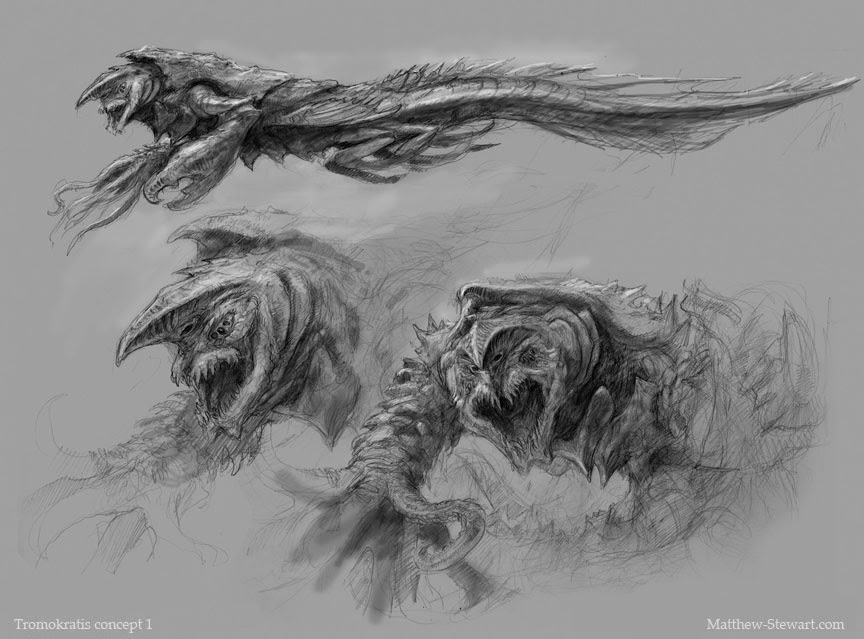 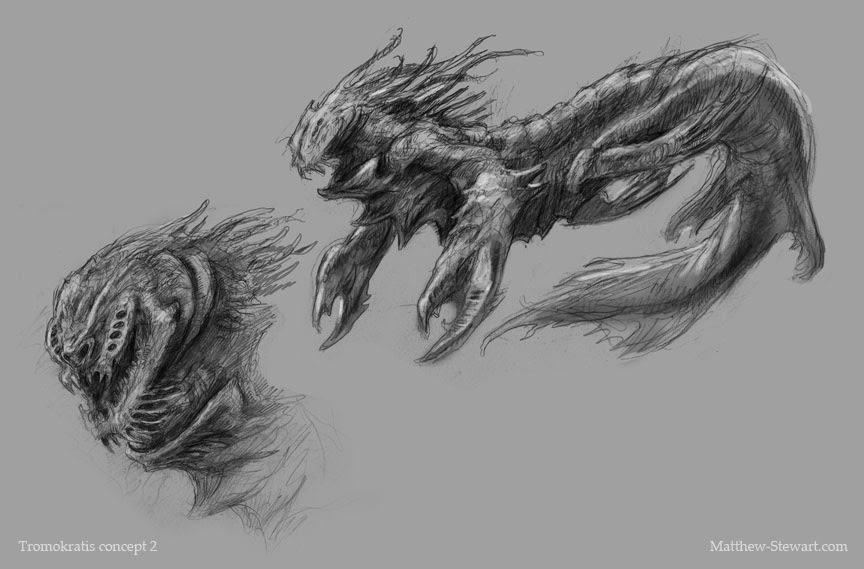 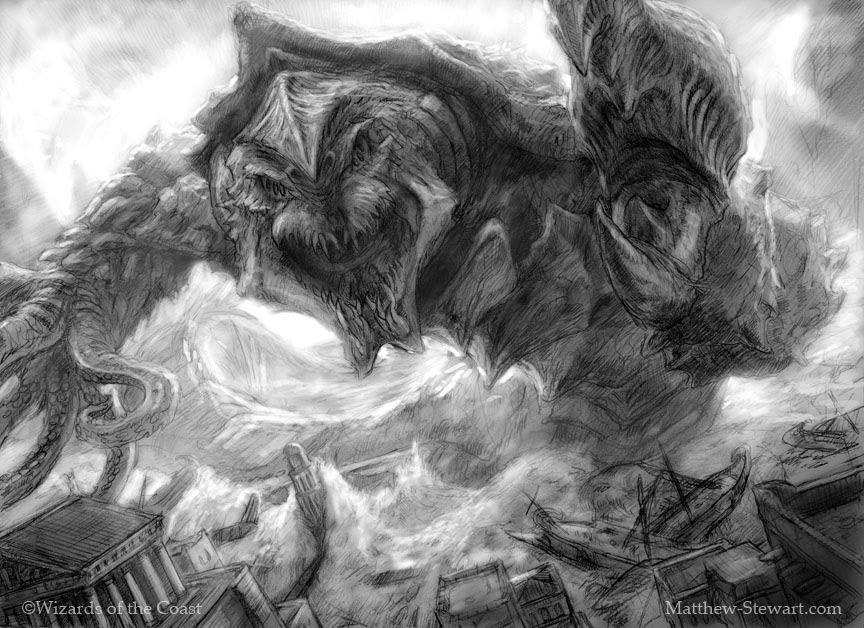 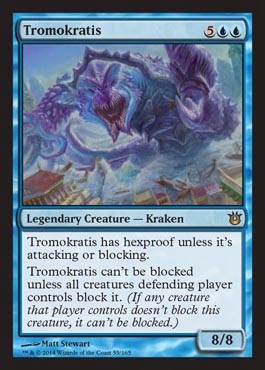