Last but not least, Insatiable Harpy rounds out my contribution to the Theros expansion set. I love the flavor text for this one.

Gold coin, battered helmet, broken wrist bone-all have the same value in the eyes of a harpy. 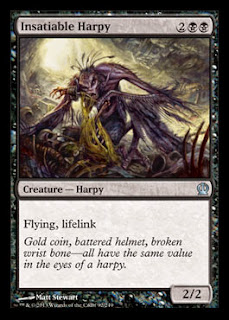 Agent of the Fates 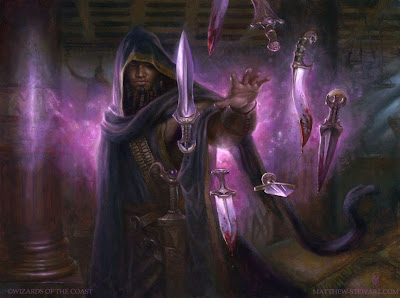 Agent of the Fates
oil on paper mounted on board, 12" x 16"
©Wizards of the Coast

Another piece for Theros. Probably my personal favorite of the pieces I did for this set. After seeing some great Egyptian ceremonial knives in the Louvre on our trip to Paris last year, the daggers in the sketch looked a bit medieval, so I repainted them when I got back. 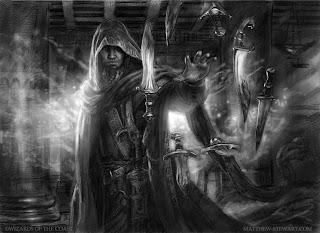 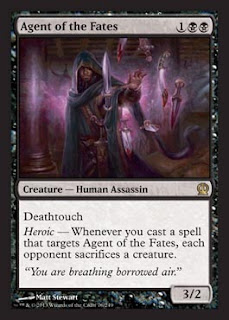 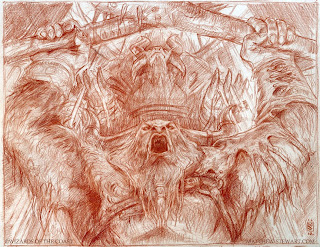 The sketch, done in red pencil

Also, click here to read me blather on in an interview for MassiveFantastic.com.  It's a cool website that celebrates Fantastic art. Thanks to Eric Super Villan for the pub! 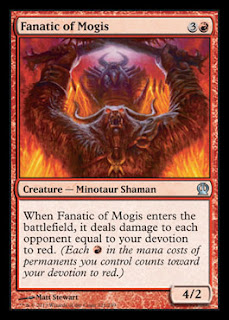 Posted by Matt Stewart at 10:03 PM No comments:

The Voice of Isengard 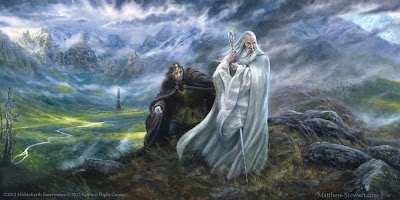 A covetous Saruman the White and Grima Wormtongue standing in the foothills above the Wizards Vale, looking out towards Rohan. I've been waiting to show this one for a while. The Voice of Isengard was done for box of the latest expansion set of The Lord of the Rings -The Card Game, published by Fantasy Flight Games.

Where they're standing. The client wanted Fangorn to be seen on the extreme right, and the tower of Orthanc  had to be a bit more prominent so that it would show up on the box, so the geography was condensed a bit. 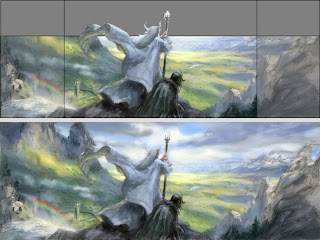 Digital sketches of my initial idea, which focused more on the view of Rohan. I tried to work in a rainbow somewhere in the image to hint at Saruman's eventual transformation into Saruman of Many Colours. In the final image, it's in the prism on the end of his staff. 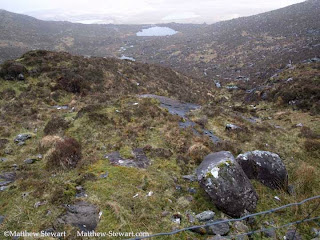 A view from Conor Pass, on the Dingle Peninsula in Ireland. I find myself constantly recalling the trip my wife and I took there a couple years ago as inspiration for many of the imaginary locales I've been painting since. 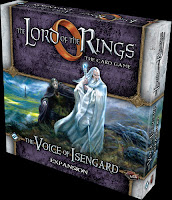 "Gift of Immortality" on Ebay 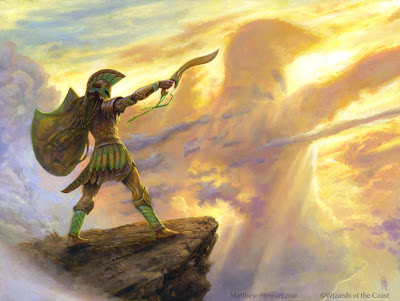 I've had a lot of inquiries for the original painting for this one. So I've decided to put it up on Ebay. Here's the link. Happy bidding!!
Posted by Matt Stewart at 4:43 PM No comments: