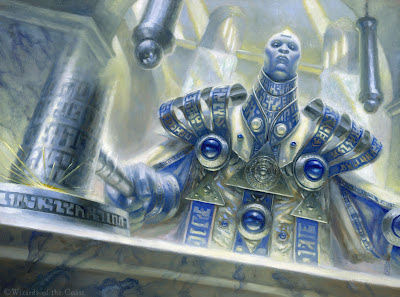 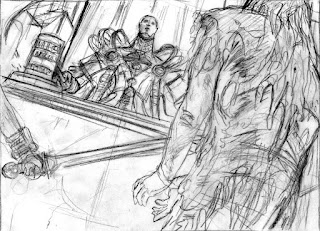 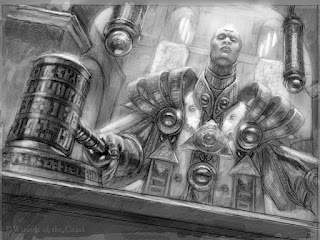 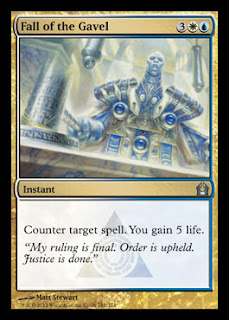 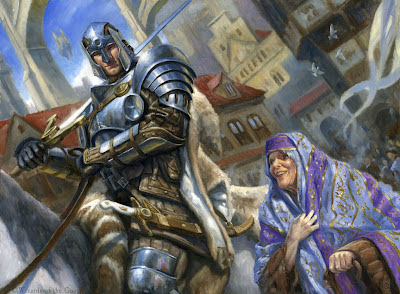 In Knightly Valor, we see the same knight pictured in the token card from the last post. Here he is escorting an elderly woman through a the neighborhood he patrols. She is appreciative of the safety he provides in what is probably a rough neighborhood. Beware Ravnican purse-snatchers!

I rarely do complete character designs for two dimensional images. Rather, the design is tailored to work within the a specific abstract composition.  So it was a little odd to be constrained by making the knight exactly the same, but work in two different compositions. 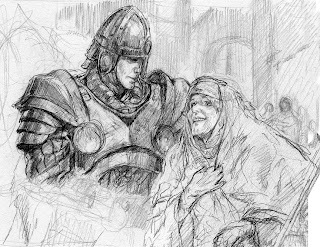 An early attempt. Notice the conical helmet. This was deemed too medieval looking and changed.

Although this is a depiction of a chivalry, it couldn't come off as too sentimental. I didn't want this guy to look too much like a Boy Scout.  This was is the flaw in the sketch above. 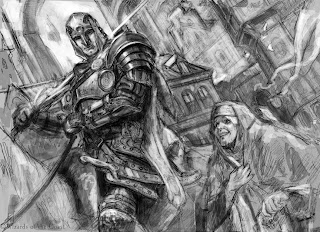 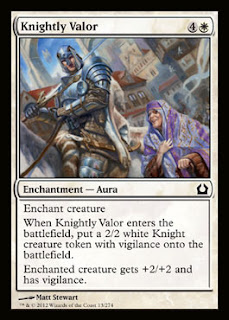 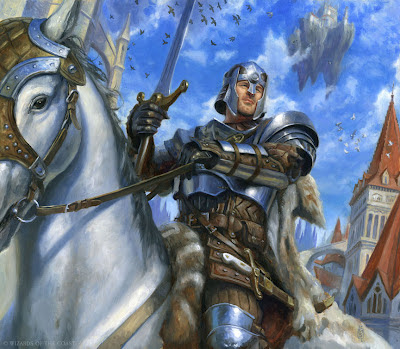 This is the first card to be revealed that I illustrated for the upcoming Magic:The Gathering set, Return to Ravnica. The story with this character is that he is a local knight who protects the inhabitants of his neighborhood. Unaffiliated with any guild, his armor and clothing are unadorned with any device and are of a somewhat utilitarian design. 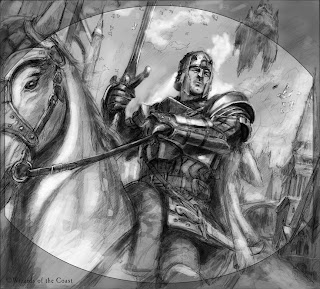 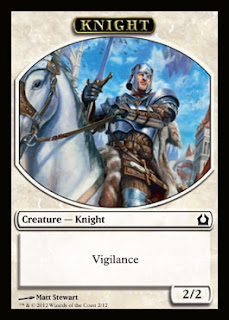 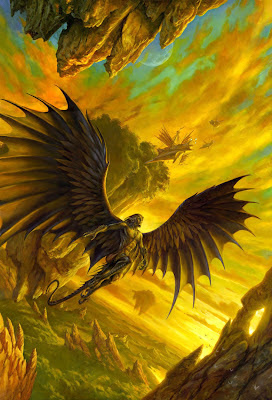 The winners of the 2012 Chesley Awards were announced at Chicago World Con Friday night, and The Cloud Roads was honored with the award for the best paperback cover illustration. The Chesleys, named for renowned artist Chesley Bonestell, are given by the Association of Science Fiction and Fantasy Artists for excellence in sci-fi/fantasy art. It's a tremendous honor in this field, given the high quality of the work considered. Thank you to ASFA and all that voted and participated, and Congratulations to all the winners and nominees! Check out this Tor.com post to see all the nominees and winners.
Posted by Matt Stewart at 9:21 AM 3 comments: