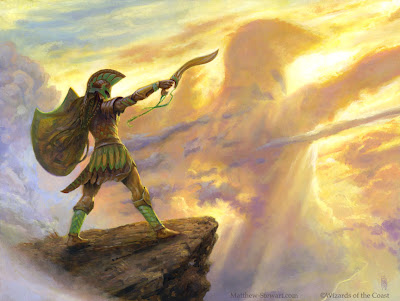 Theros, the new greek myth inspired set for Magic:the Gathering will be out later next month, but some of the art is already out. It's a treat to get to show these so far ahead of time, as the NDA's (non disclosure agreements) that go with these types of commissions are torture for artists. The piece above was used for Wizards' presentation on the new set at Comicon back in July. I don't have a title for it yet, but here it is. 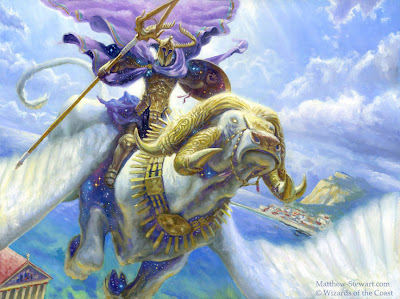 Celestial Archon
oils on paper mounted to mdf, 12" x 16"
©Wizards of the Coast

This one I do have a title for. It's called Celestial Archon, and it depicts a divine warrior on his decent to the mortal world on some errand for the Gods. I enjoyed painting the magical flying bull a great deal, as well as the sun drenched environment. 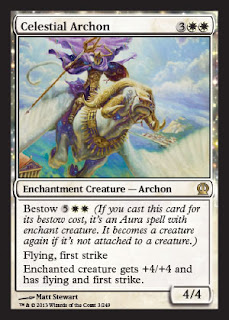 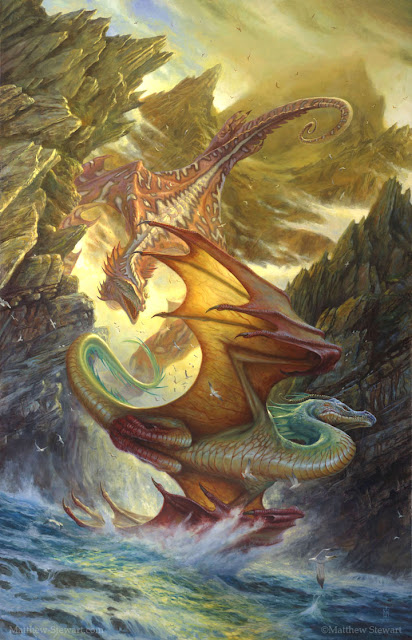 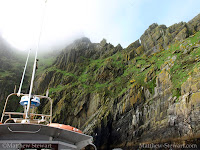 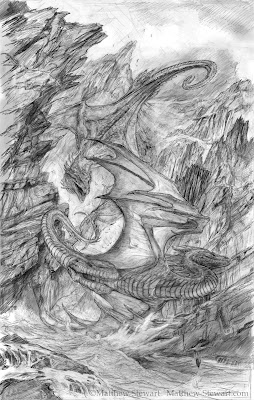 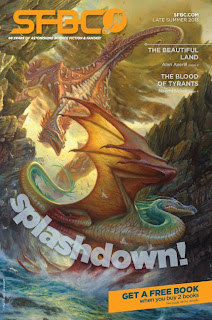