Reaper from the Abyss 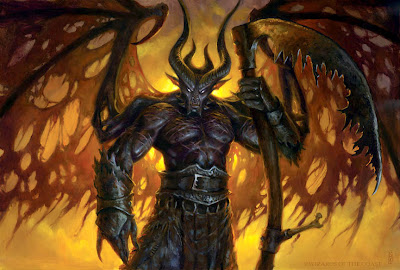 This is the second piece revealed from the upcoming Innistrad set for Magic:The Gathering. I'm not really the go to guy for big bad ass demons, so I was pleased to get asked to do this one. I have to say I rather enjoyed painting all the scars on his torso and arms. It's oils on paper mounted to board, 12" x 18". 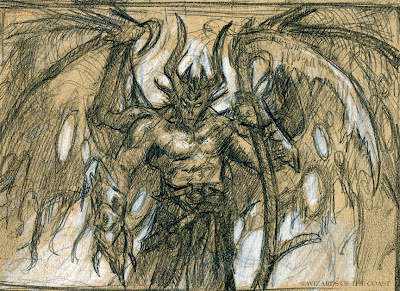 The thumbnail from my sketchbook 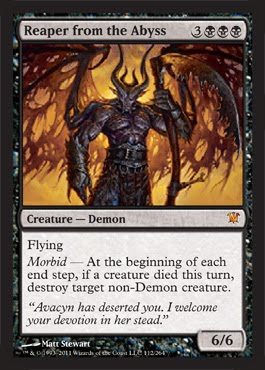 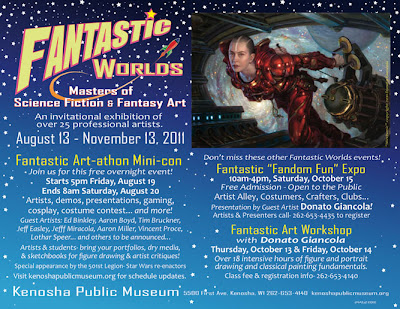 I'm pleased to announce that three of my paintings, Dernhelm, Skyward Eye Prophets, and Knotvine Paladin will be featured with the work of over 25 awesome artists. The show runs from August 13 through November 13th at the Kenosha Public Museum in Kenosha, Wisconsin.

Posted by Matt Stewart at 3:11 PM No comments: 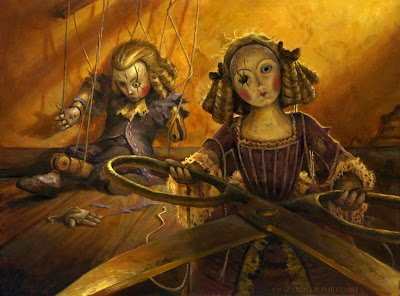 This one is called Creepy Doll, and it's my first image from the upcoming Innistrad block. The block isn't due out until September, so it's a pleasantly unusual circumstance to be able to show anything from the block this early. Like Force of Will , which I wrote about a couple posts ago, WotC purchased the original art (I'm a big fan of this trend). It was be given to a fan at the Magic panel at San Diego Comic-Con about a month or so ago. You can read about it here.

I enjoyed getting the details right on this one. A feeling of authenticity was important, but without referencing any specific historic dolls too much. Virtually all the 17th century dolls I found looked were odd looking, almost grotesque. Alot of them had really small heads in comparison to their bodies, or strange grins. I felt, however, that the the piece wouldn't work if the dolls looked too weird. The uneasiness should come from the contrast between the cuteness of the child's toy and the evil and cruelty of its actions.
It's 12" x 16" , oils on paper mounted to MDF. 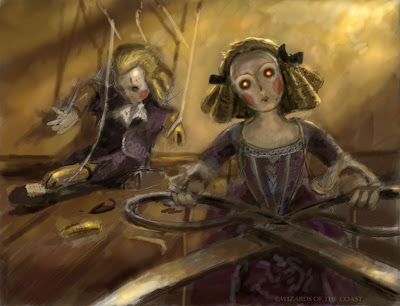 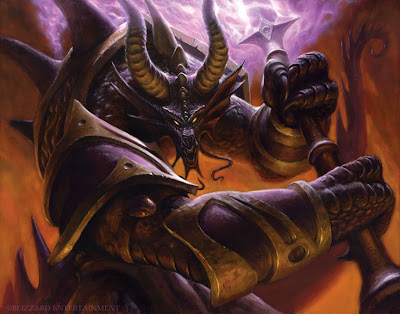 Here's another piece I did for the new Twilight of the Dragons set for the World of Warcraft TCG. It's oils on paper mounted to MDF, 11" x 14".
The tail was crowding the already tight composition, and I felt I needed to knock it back a bit. Although I usually try to make the changes in paint, I was up against the deadline, so I did them digitally.

The original image is on the left, the image with the modifications on the right. 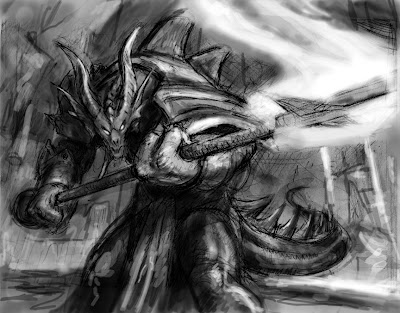